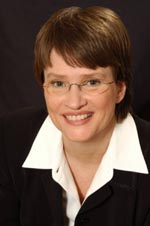 There are many types of hypersensitivities to sound demonstrated by: crying when the vacuum is on, screaming when a fire alarm goes off, covering the ears when there are too many people in the room, shutting out or tuning out when there is too much sound to process, turning the TV volume up, refusing to go into a bathroom, covering the ears when there appears to be few sounds around, and/or noticing an airplane’s presence 10 minutes before every one else. The adopted child, more specifically those from international adoptions or drug dependent mothers, often exhibits the previously mentioned symptoms.

How do these hypersensitivities impact a child’s development? When a child is sensitive to sound, it is diminishes their attention span because the excessive background noise is distracting and disturbing.

For example, think about having to listen to someone speaking for one hour while someone else scratches their fingernails on a blackboard. Typically, one’s nerves get on edge, they miss the gist of what was said, they start moving around in their seats, they cover their ears, they “tune out”, or the might shout out “Stop that noise!”. If they listen intermittently, their receptive and expressive language skills will be negatively impacted.

There are 3 types of measurable hearing sensitivities. One is demonstrated with testing of hearing function. The second is measured through bone conduction sound stimulation. The third is demonstrated by diagnostic otoacoustic emission testing. Some people have one, two, or all three types of hearing sensitivities. It is important to determine which ones are present when a child demonstrates any of the hypersensitivity symptoms. A special test battery has been developed that can determine if hypersensitivities are present.

The next question is what can be done if hypersensitivities are present? The effectiveness of sound based therapies as a form of intervention has been explored. When the type of hypersensitivity has been identified, an appropriate sound based therapy is suggested. In some cases, more than one therapy may be suggested. Many sound therapies are available. Choosing the appropriate one is the key to success. The various therapies include: Dr. Berard’s Auditory Integration Training that retrains a muscle in the middle ear, the Tomatis® Method that works on the general functioning of the ear, BioAcoustics™ that addresses wellness issues that impact the transmission of sound throughout the body, and other home based listening therapies.

For example, Lila, age 5, was adopted from Russia. Although little is known about her birth mother or the pregnancy, alcohol may have been a factor. Lila was also left unattended in her crib for most of the day, and was fed by a bottle propped up with a pillow. Lila’s head was very flat on one side when she was adopted at age 2. Her parents immediately noticed that she over-reacted to sounds around her. She was fussy, irritable, hard to console, and tantrummed easily when any noise was made around her. Lila was a fearful child when she was first tested. She was found to have all 3 types of hearing sensitivities. She needed to repeat the baseline therapy three times before moving on to the next supporting therapy. It was the second therapy that brought her more overall comfort because it addressed the second and third type of hearing sensitivity. After completing the series of recommended therapies, a dramatic change occurred. Her academic skills shined. She was interacting with other children more appropriately. Her overall sensory integration skills improved. She was a happier child and her sensitivities were gone.

Each child is different. Help is available for any child with hypersensitivity to sound. The first step is appropriate testing to determine the appropriate corrective intervention.