Dan Okello is Behavior Program Manager for the Association for the Disabled of Elkhart County (ADEC). He is a graduate of Egerton University in Africa, a virtual university and holds a Master of Arts degree in Special Education from  Indiana University at South Bend. We hope his thoughts will encourage more attention to both the problems and the potential of the cognitively disabled throughout the nation. — ED 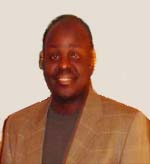 Growing up as a young boy in Kenya I was always fascinated by the different titles that people had, due to their academic achievements. The society I grew up in made me believe that you were either smart or not at all. There was stiff competition in the selection process for high school and universities. Only the best students were selected. While in high school, I used to do my home work with one of my best friends. Most Kenyan schools are boarding schools so we were in school for three months before taking term/semester break.

However every time we embarked on reading he would be done reading a whole book in as few as thirty minutes while I would be struggling to finish reading my first page. Of course I did not believe him so I would take the book from him and ask him questions to test if he really read the book. He answered all my questions correctly each time. I then wondered why our cognitive abilities were so different. Yet we were friends. Why did it take me longer to read through a book and why did he do it with such ease?

We need to change the public attitude toward education. In the not-too-distant past, schools and their teachers were protected by the widespread belief that students who had not learned had not paid attention. In the first half of the 20th century, crowded homes, hunger, family chores, illness, national origin, and religious backgrounds were also suggested as explanations for lack of academic progress. But those were the days before educators had learned to use IQ, socioeconomic status, or insufficient environmental stimulation as reasons for the failures of many students.

The importance of early intervention cannot be overstated. During the past decade there has been a steady increase in scientific evidence that establishes the undeniable importance of the early years in human development (Shonkoff, & Phillips, 2000). This evidence is particularly strong with respect to school readiness for children from families with limited education and low income.

A series of experimental trials using early childhood education, family support, academic and social and pediatric care has demonstrated that high risk children can be prepared for initial success in school. When this increased school readiness is coupled with adequate school programs, the initial positive effects persist into adolescence and adulthood. The magnitude of the effects produced by various preschool interventions is systematically related to characteristics of the preschool programs themselves (Ramey & Ramey, 1998). Important program characteristics include having a) well specified curriculum, b) having programs of a half-day or longer, c) beginning early in the child’s life and developing a strong communication pattern between school and home and d) focusing on cognitive development as well as linguistic and social competence.

A policy alternative to remedial and special education is primary prevention. Primary prevention entails the identification of high-risk individuals in the general population and the provision of the hypothesized missing essential experiences for normative development.

Because this problem weighs so heavily upon individuals their families, and their communities, it behooves us to demand greater early intervention. We know how to proceed. As a society, let’s get on with the job!

Predictors of Success and Failure in Reading
… many such cases, delayed language development is the first … a child’s general cognitive abilities or therapeutic history … the composite measure did not improve accuracy. Although not …
www.nap.edu/html/prdyc/ch4.html

Students With Traumatic Brain Injury: Identification, Assessment And Classroom Accommodations
… in changes in cognitive function. ( The same is … always immediately apparent. Developmentally, sensory systems and the frontal lobes … to think about a delayed answer to the question …
www.ncddr.org/rr/tbi/F14.html

Computer Based Assistive Technology
This page addresses the rationale, educational application and legislation for assistive technology and more: North Carolina Exceptional Children Categories and Other; NC Resources; Web Accessibility Issues, and Bibliography. … that is used to increase, maintain, or improve the functional capabilities … 2000). Computer and Web Resources for People With …
www.ceap.wcu.edu/houghton/edelcompeduc/themes/assistive.html