About this issue, and Changes in American Secondary Schools 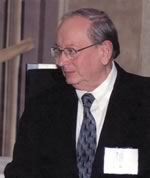 In the last two issues Eye2theWorld (E2TW) described some major changes and concerns we had regarding American secondary schools as we move through the 21st century. In those articles we stated some things that are needed to transform our high schools. We used the Elkhart, IN, Area Career Center as a model. We also discussed one of the problems with of the No Child Left Behind program , the stress related to the emphasis placed on test scores that is holding back the kinds of transformations that are needed.

Many of you probably feel that changes similar to those E2TW suggested as parts of the necessary transforming of American high schools are not possible at this time, given pressures for increasing student test scores and the financial shortcomings at state and local levels. If they are possible, why aren’t some moves under way, even in a few locations? Well, there are moves! Isolated, yes, but there are few programs either already operating or on the drawing boards. Here are two, Philadelphia’s School of the Future and San Diego High School. Additional examples are cited in Edutopia, publication of the George Lucas Educational Foundation. Also check in this issue of E2TW the article How People Learn, author Peter Kline’s article that elaborates on how we learn, two recommended books by Neurojournalist Steven Johnson, Emergence and Mind Wide Open, and finally a special announcement about the new Library of Congress initiatives.

The School District of Philadelphia and Microsoft are working together on an ambitious and purposeful task: To build a School of the Future

From the Microsoft web site, http://www.microsoft.com/education/schooloffuture.mspx , you may get further information on the vision of the people who are bringing it to fruition, the 6i development process used, and experience the design of the project by a virtual tour.

Explore the perspective of the Philadelphia School District at: http://www.phila.k12.pa.us/offices/sof/concept.html 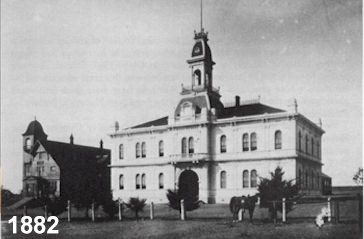 . . . is the oldest of sixteen high schools in the San Diego Unified School District. We are located at the edge of downtown San Diego, and have a diverse student population of about 2,800. Our talented faculty instructs students in academic and extracurricular disciplines.

San Diego High School
. . . is dedicated to the belief that writing, language, and knowledge are critical elements to a successful future and can be integrated throughout every aspect of individualized education. In keeping with this philosophy, SDHS offers its students six special interest learning academies.

Beginning in the fall of 2004, SDHS students were able to prepare for college and career by attending one of six unique “Small Schools” within San Diego High School: The Arts Academy, The School of Business, The LEADS Academy — for future leaders in education, health and public service, CIMA, Communication Investigations in a Multicultural Atmosphere, SciTech, School of Science and Technology, and the School of International Studies . Students in these programs can take advantage of special facilities such as state of the art computer equipment, science labs, media centers, and opportunities such as internships and unique classes.

San Diego High School’s own Stanley Murphy, an SDHS social studies teacher for 28 years, has been nominated as the 55th recipient of the nation’s top teaching honor –National Teacher of the Year!

Mr. Murphy says, “My goal is to help students understand that democracy is a journey, not a destination.  Each of them has an important role to play in shaping the world.”